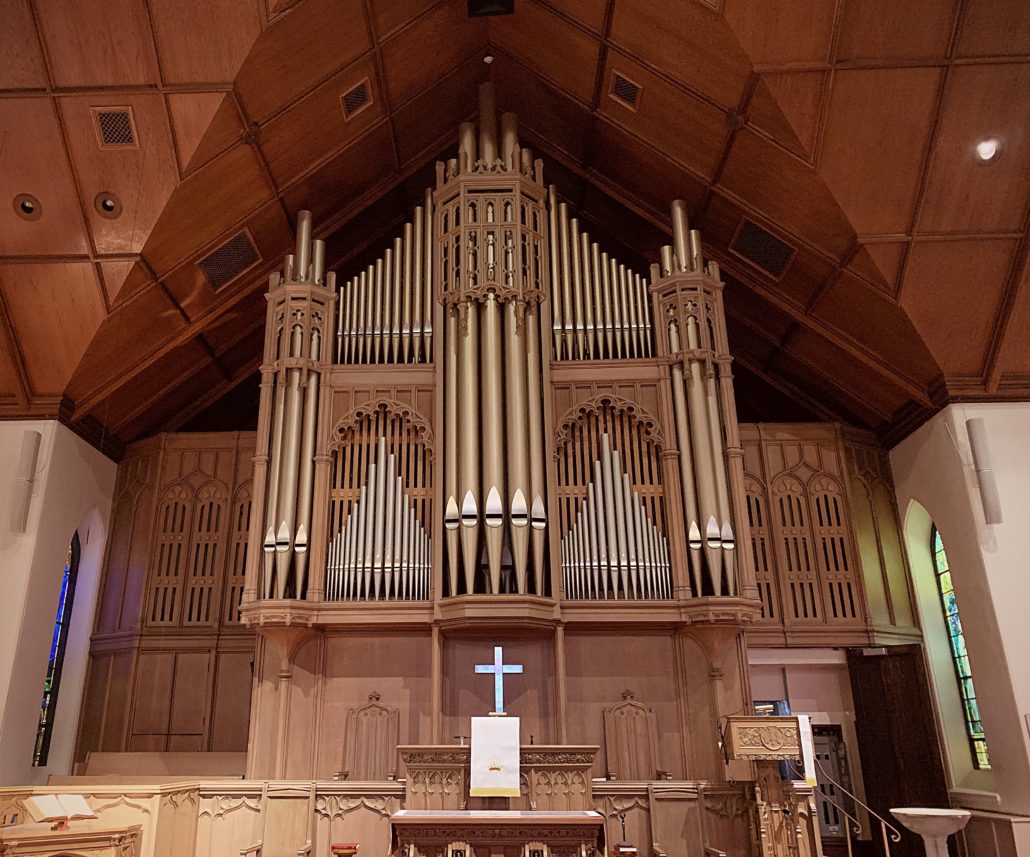 A LOOK AT OUR ORGANS

Since its founding in 1838, Sewickley Presbyterian Church has had a tradition of fine music.  With the exception of the church’s first twenty-five years, throughout the church’s history the persons charged with leadership of the music program have been assisted with their duties by exceptional pipe organs.  The first organ was built in 1863 by the firm of George Jardine & Son, which operated in New York City between 1832 and 1900.  Built at a cost of $1,800.00, the small organ caused a schism among church members who divided between those who wanted an organ and those who didn’t.  The latter group promptly left and formed St. Andrew’s Presbyterian Church, Sewickley.

The first organ was sold in 1894 to the now-defunct St. Luke’s Episcopal Church in the Oakland area of Pittsburgh, who eventually sold it to St. Philip’s Episcopal Church in Moon Township.  In 1894, a larger organ, more suited to the size of the Sanctuary, was also purchased from George Jardine & Son.  We have no information on where that second instrument went when a large instrument was purchased in 1913 from the E. M. Skinner firm, which operated out of Massachusetts between 1902 and 1943.  Sadly, because the Skinner firm had closed, the M. P. Moeller Pipe Organ Company, based in Hagerstown, Maryland and also now-defunct, was hired following World War II to rebuild the 1913 organ over a five-year period.  Unfortunately, much of the work done by the Moeller firm damaged the excellent work of the Skinner company.

By the late 1980s, the Skinner pipework was suffering metal fatigue, all the reed stops needed to be reregulated, and the leather and other materials utilized in the organ’s innards were in bad condition.  A committee was formed to look into rebuilding the instrument.  During this process, it was discovered that it would be more economical to purchase a new instrument rather than to rebuild the Skinner organ.

In 1990 a contract was signed with the Holtkamp Organ Company of Cleveland to build the sixty-three rank organ currently housed in the Sanctuary.  It was dedicated in October 1991. In addition to fitting into the space utilized by its predecessor, this organ also includes a six-rank antiphonal division at the rear of the Sanctuary.  It was the featured organ in the September 1993 issue of “The American Organist” magazine. 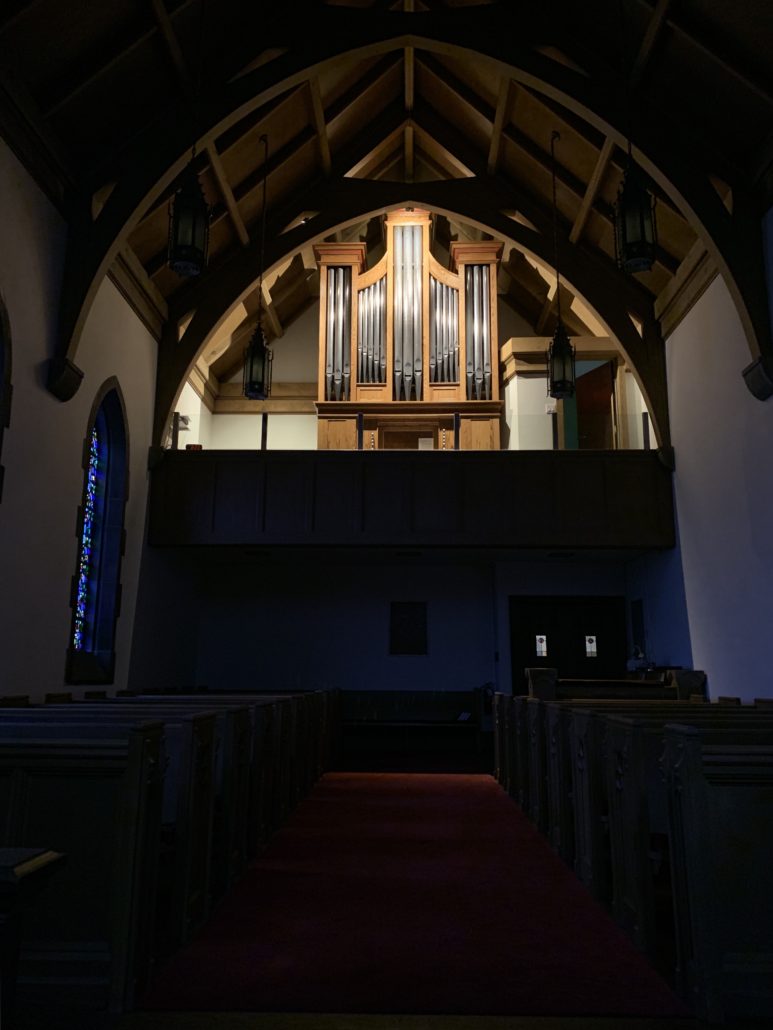 Between the building of the chapel in 1953 and 2017 a series of electronic organs were used to accompany worship.  In July 2017, a nine-rank mechanical-action pipe organ was installed in the chapel balcony.  Mechanical action means that the only things operated by electricity on the organ are the blower filling bellows and the light on music rack. This instrument has been a great improvement over its predecessors and was the featured organ in the August 2018 issue of “The American Organist” magazine.